The Rebellion: Ramblings of Travel & Self-Discovery 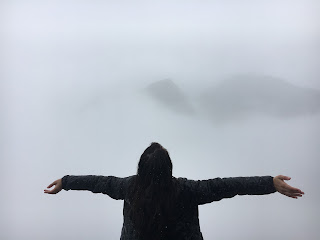 You would think that I was being impulsive. Something had to have happened in order for me to make such a drastic decision. Broken heart? Job? Life? I mean, sure, all of the above but it's much deeper than that -- there's a sort of science to the madness. I have always battled with the day-to-day routine. I am aware that routine is good, it gives life a form of structure and even purpose. You have something to look forward to, even if it's the same thing everyday, you know. At such a young age I was taught to go to school, get good grades, graduate college, get a good job, get married, have kids, yada yada. And it wasn't like society was telling me otherwise. It's the normal thing to do and you comfortably do it because you live life within those boundaries and are surrounded by people with similar ideas. But it was a struggle because these boundaries sort of felt like shackles. I was being shackled to this 'type' of life that I didn't want to possibly live. But with this 'type' of life comes a ton of expectations from people closest to you, as well as strangers. It's as if you are expected to complete each one of these levels in the order they have been given to us in order to reach the pursuit of happiness or some beyond. But what was I really working towards? A beautiful house with beautiful things and a beautiful family? I knew it was all false. The more beautiful it was the more damaged it was inside. A facade to show that society was right. Those 40+ hours a week, the unhealthy balance between work and life, the mortgage you were talked into that you're stuck paying the next 30+ years, the loans, that's what I saw -- imprisonment in a life you thought you chose but had been chosen for you all along. And I hated that I was on that path of destruction and potential unhappiness. It wasn't for me and I wanted out. Plugging numbers, sitting in a cube, essentially becoming a robot. My mind was rotting in Corporate America while ideas were flooding inside me needing to find a way out. It wasn't a matter of running away from things and/or being impulsive -- it was a matter of being awaken, aware, somewhat rebelling against the day-to-day business. I wanted something new, new adventures, people, environment, new me. I needed to reinvent, find myself again, being lost in such ordinary things. And to retract a bit, it's a scary place realizing this. It's numbing trying to play the part. I have a hard time feeling things, love. Love is what I was missing and is such a powerful force. My love for life, writing, people -- lost. It's meaningless in a way to live without passions, emotions. It's unhealthy because you glue yourself to meaningless things. A magnetic force of want and desire to anything that seems like a light at the end of the tunnel. A possible truth in a world of lies, for me at least. And I became naive falling in love with ideas of what could possibly be without it ever being. Half-assed relationships crumbling before my very eyes and actually thinking I was hurt by it but I wasn't, it's just that the idea proved to be false and there went my possible truth. Now I'm just rambling on my views of life but I really want people to understand the depth, the thought, the emotion that went behind it all and why this is so significant, so necessary for me. People were so confused with my decisions and it makes me laugh now. How? Why? Where? When? It was this idea that was sort of impossible to grasp because it was so out of reach, unheard of. 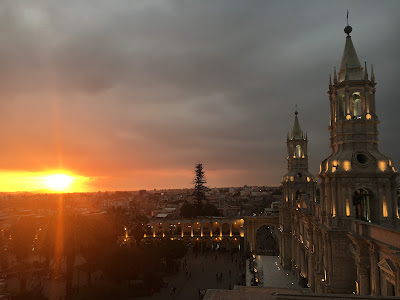 But what I've learned along this journey is that we all want to escape, we think it, we say it, but we don't act on it. We stay within the boundaries, our safe space. And of course I understand this lifestyle, these ideas do not apply to everyone. But as much as people questioned my motives and reason for being, I began to question theirs. Now keep in mind, these were all thoughts, ideas I had floating around in my head. None of this even felt real, nothing feels real unless acted upon. The process of moving out of my apartment, physically leaving my relationship, walking out of my job on that last day, saying goodbye to the people I love, that was real. It was as if my numbness, like a blanket, slipped off my shoulders, fell on the floor, as I stood there naked, vulnerable. As I sat on that plane, a one-way flight, I knew I was entering this new era -- I was starting the process of healing, feeling, living. What the hell was I doing? Where the hell was I going? Would I be ok? Would I thrive? Questions I've been asked along the way and shrugged off as if I knew all the answers. I knew nothing, I still don't know and that's the beauty of it all, not knowing. For once I didn't have to know. What I do know is that this world is mine. I watch the sun rise and set -- time is no longer linear but an expression of the world moving, changing -- daylight, moonlight, weather, age -- a visual thing. I lifted off, out of the darkness, into my new life. And it's constant growth and discovery. I am an ever-evolving organism floating on the outskirts of life trying to figure it all out.