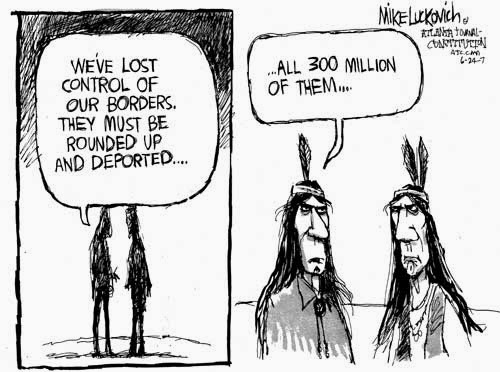 The Pilgrims sailed all the way to Plymouth Rock and came across Native Americans. The Native Americans taught the Pilgrims how to plant corn and other crops. Being inspired by the new harvest, both groups united together celebrating with a big feast to give thanks ... & history is born.


As children we are taught a false perception of history-- a clean, heroic, American way of history. 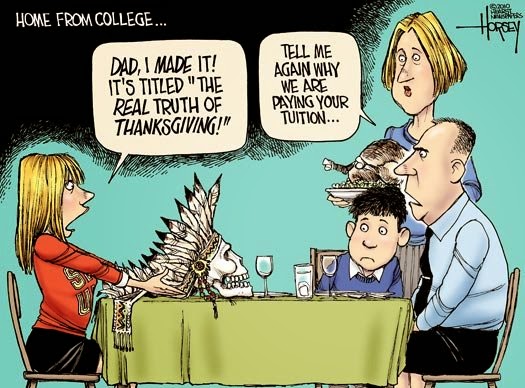 America the great, America the beautiful, but there lies a disturbing truth behind these stories that many people turn a blind eye to. Children are in a way brainwashed to believe history in the way that it has been molded to benefit the country. We live in a bubble where we do no wrong and figure that our interventions, past, present and future are always to better others and to help those in need. But what about the manipulation, the lies, the distortion of what we are taught throughout our whole lives? And for those who know the truth about the world, where does that leave us in raising children to, in a way, be against the educational system and what is taught? How can we tell them that what their teacher is saying is a semi-truth?


"On the fourth Thursday of November, Americans celebrate Thanksgiving, a national holiday honoring the early settlers and their harvest feast known as the first Thanksgiving ... They played ball games, sang, and danced."


But when do we ever learn about the Pequot War?

An alliance of English colonies attacked the Pequot tribe made up of 700 unarmed men, women, and children. Those who survived were shipped off and sold into slavery.

It was a massacre.

In the book, 'The Absolutely True Diary of a Part-Time Indian,' written by Sherman Alexie, a Native American himself growing up in the Spokane Indian Reservation he states,


"I always think it's funny when Indians celebrate Thanksgiving. I mean, sure, the Indians and Pilgrims were best friends during that first Thanksgiving, but a few years later, the Pilgrims were shooting Indians ..."

'We should give thanks that they didn't kill all of us.'"

Our view of History is essentially formed by the perception of the hand that wrote it.

And as time progressed and Americans grasped the idea of 'Manifest Destiny,' Native Americans have been pushed and confined into these small and extremely poor Reservations. They have been tucked away and paid off to keep their brutal past hidden from the new 'civilizations' growing around them. 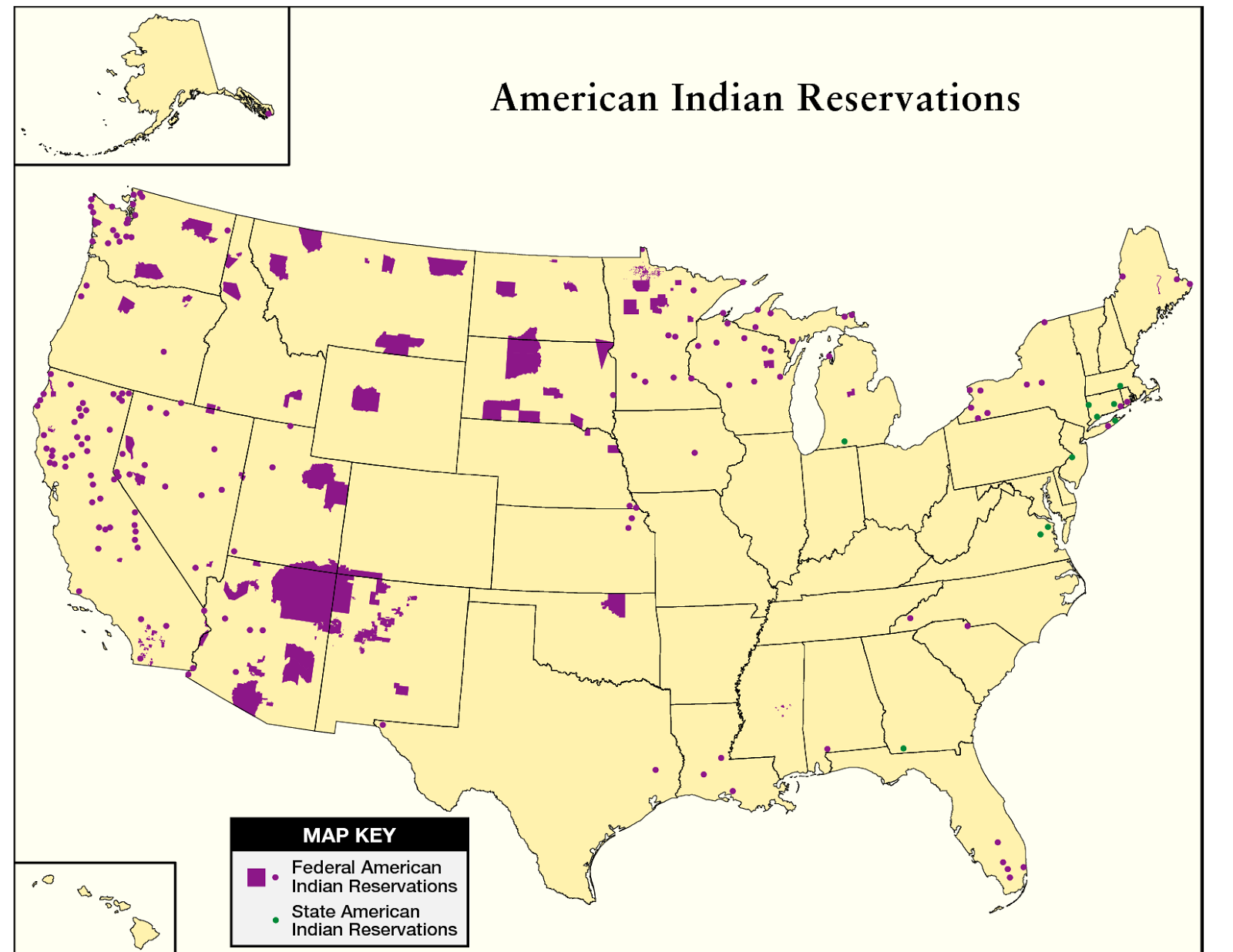 Isn't this a form of Racism?
Aren't 'we' mocking a 'type' of person-- a stereotype?
Wouldn't this be a false representation of what 'we' perceive a Native American looks like?

Usually in sports a mascot is represented by an animal, then what does that make the representation of a Native American?

A kid in one of my classes says that it's okay for Americans to use these terms, even when the Washington Redskins received negative backlash for their name. He said,


"You just pay them off to shut them up."

You just give them what they need in order to conquer the land. Suffocate them in things until they say "YES." Use them then lose them. Come on guys this has happened time and time again.

So to sum up all this craziness .. America has deprived the Natives of their land and pushed them so far away. Their History isn't accurately taught, and their perception in today's culture isn't accurately portrayed. But there is a bigger picture here. One that cannot be written but processed in the mind.

I wouldn't be surprised if someone offered to pay me off to keep my mouth shut and delete this post.

{First Comic by Mike Luckovich}
{Second Comic by David Horsey 'The Truth of Thanksgiving'}
Posted by Andrea
Email ThisBlogThis!Share to TwitterShare to FacebookShare to Pinterest