Would You Eat A Chimpanzee? 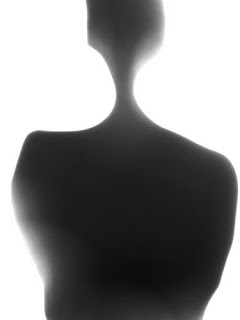 Should intelligence matter when it comes to whether or not we should eat animals, or what animals we shouldn’t eat?

If we would rely on intelligence being the primary reason to believe it is morally right or wrong to eat an animal, we should take in perspective whether it is correct to consume a stupid human.

In William H. Davis’ reading,  ‘Man-Eating Aliens,’ Davis makes a point on whether one should base what they eat on intelligence. He begins by setting the scenario that a race of alien creatures came to our planet. They are much more powerful and intelligent than us. They view “man” as food and plan on eating us. They understand the whole issue of morality because they are considered to be moral and rational to their own being. They also understand that man does not want to die. They feel sympathy, but only to their own kind. We are put into a scenario where we are the cattle that we slaughter and eat. Humans feel more powerful and more intelligent than animals therefore, they eat them. We cannot sympathize with the animal because it does not speak to us or explain their situation. But Davis creates a very valuable point. He states, “But when a cow foresees a life-threatening situation it gives every sign of dread and resistance”. Is that not a way a cow communicates to us, communicating fear, discomfort, pain? Aren’t those signs of intelligence?

Clearly, when Davis puts us in the scenario where intelligence did matter, humans would have died being outsmarted and overpowered by the aliens. But what about the pain one would feel? Like the Lobster for instance. When the aliens state to us that we have nothing that they need, therefore, they will eat us, we would want to argue how we have feelings and experience pain. When being put in the situation of being slaughtered to be eaten, we would behave in a way cattle would. And if being thrown into a kettle of boiling water we would act in a way the lobster would, trying to find a way out of discomfort.

It becomes a situation of the powerful and the powerless.

When we come to think of why it is worse to kill another human than an animal, I believe Davis made a great point. Davis stated, “…you do not have a natural capacity for sympathizing with the life of grass”. When it comes to helping someone of our own species, we do. We cannot sympathize for an insect or anything that is not related to us. It is easier to kill an animal because some may say it does not communicate with us. Communication is not a result of speaking to one another. Someone who is deaf may choose not to speak and uses sign language as a way of communicating, why not eat them?  A baby who is unable to speak, make decisions, or do anything by itself seems like a great candidate to put on a platter. Silence is a way of communicating, moving about in discomfort is a way of communicating, therefore we are closely related to animals, and any other living species.
For instance, a full-grown Chimp is much smarter than a human baby. Intelligence is not relevant on deciding which one we should eat. If it relied on that, the baby would be the correct option. We are well aware that both of these animals feel pain. That should be taken in to consideration.

There have been arguments on animals eating other animals, so why can’t humans eat animals? It is in an animal’s nature to go after it’s prey. Being that we do have different morals than animals and we are able to think of our actions, it does not justify that we are allowed to do what animals do. Humans consist of intellectual thought and knowledge, rather than animals that are born and structured a certain way to live. It is not as though an animal goes home everyday and has a home cooked meal. So, it is their moral obligation as animals to pursue their prey and make sure the rest of their ‘pack’ eats.

Although, one cannot put animals and people on the same pedestal, they do experience similar emotions.

The reasons for maybe not eating a Chimp: They are closely related to humans and we are able to feel compassion for them.

{Image by Kevin Dooley}
Posted by Andrea
Email ThisBlogThis!Share to TwitterShare to FacebookShare to Pinterest