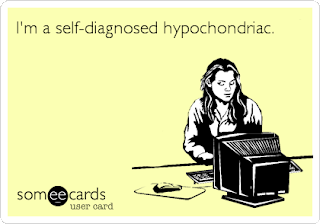 For the past 2 months I've been having a serious problem. Maybe it's because I talk too much but I have been waking up without being able to fully open my mouth and having to pop my jaw. I literally move the bottom half of my mouth to the right side and "POP" I'm able to yawn normally. So of course I immediately go to Dr. Google to see what is going on and "I" have diagnosed myself with TMJ (Temporomandibular Joint Dysfunction).

I tried avoiding it and putting aside going to the Dentist but then the symptoms began. It began with my jaw popping, then it moved down to my shoulders. I would find myself sitting at work popping my shoulders to a consistent rhythm. The popping moved down to my legs and I began walking with a little hop. It happened at random times of the day and there was no stopping it.

Just when I thought the popping was a problem I began thrusting my hips ..

Occasionally going on the tips of my toes ..

This one time I was walking to the car and did this little kick that turned me around and I began moon walking ..

And that was when it hit me.

It was a 50/50 chance of getting one or the other. I had already diagnosed myself with Temporomandibular Joint Dysfunction that I had exed out the other possibility. It was clear that I had TMJ (The Michael Jackson).

It spread quickly like a virus. I would occasionally blurt out a "HEEEE HEEEE!" and when I would sneeze I would finish it off with a "WOOOOO!" It was a severe case.

My hair began to curl, my pants were rolled up so my white socks were visible, and I found myself constantly wearing a fedora.

And then one day I was washing dishes and I slowly whispered, "Shamone" and a white glove appeared on my hand and then I knew that the transformation was complete.

It was official. I was the King of Pop. 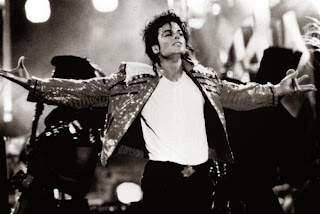 & to think it all started with a popping jaw .. TMJ.